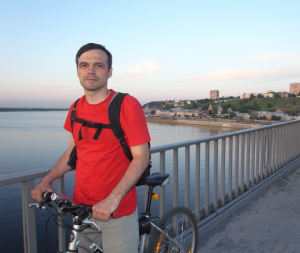 Sergey received   B.Math, M.Math and Ph.D. in Computer Science degrees all from Tver State University in 1998, 2000 and 2004 respectively. He is an Associate Professor of Information Technology Department at Tver State University. His scientific interests include possibility theory, neural networks, machine learning and soft computing. He took part in international research projects aimed at development of fuzzy controller optimization software and demand forecasting / inventory control as a programmer and researcher. He has experience in Matlab/Python/C/C++ programming. Sergey is the author of 50 publications in peer-reviewed journals.

He likes caving in horizontal labyrinth-style caves, preferably with some scientific or near-scientific purpose.  From the beginning of 2000th he is a member of a cave research group operating in the Kulogorskya cave system in the Archangelsk region of Russia. Sergey is a member of the Tver off-road club and has taken part in the organization of about 70 off-road competitions up to the state championship level. On his personal time, Sergey participates in orienteering competitions on bikes and off-road cars.